Has the government come for help? +0: no, it’s a mother

The woman in Magister Burkhardt’s study is frantic, but Wilhelm can’t blame her. She carries an errand of dark portent, and the villagers of Eldham have few options if the magister is unwilling or unable to aid them.

Is the Magister the kind who would help? +0: no, he has become a shut-in

“Please,” the magister says, patting the woman’s shoulder, “I know your errand is urgent, Hermine, but Adeptus Alflock was not here when you began, and he has traveled more than me of late, and so may have some insight into your situation. Wilhelm, this is Hermine Krueger of Eldham.”

How many have disappeared? d6: 4
Are they all kids? +0: no, some young adults too
How does the woman sound? Insane – Turmoil – Recent Scene

The woman takes a shuddering breath and begins again, obviously frustrated. She’s babbling, telling parts of the story out of order, struggling to form a cohesive thought. “He’s taken them–my Maria–the others! Into the woods and… ” She sobs before managing to bring herself together. “My daughter has been taken, and others too. For weeks now, first one, then another. And last night…my Maria!”

It takes a few moments for her to calm down to answer Wilhelm’s question: “Who has taken them?”

“The minstrel,” she says, “Petrus. A wanderer! The others disappeared without a trace, but I knew something was wrong. I woke up and found my Maria’s bed empty, so I ran out looking for her. I saw him–saw her beside him!–walking into the edge of the woods. I followed, but by the time I reached the trees they were gone. I looked all night, but there was nothing!”

The magicians glance at each other. “A charm?” Wilhelm asks.

Does Burkhardt know of a spell like that? -2: yes

The old magician shrugs. “I’ve heard of ancient baubles that can bewitch the vulnerable,” he says, “but children go missing without magic, too. If you seek only the mysterious, adeptus, you’re liable to miss the obvious.”

Wilhelm concedes the point. “How long has the minstrel been in your village?”

Did he arrive right when the first child was taken? +0: yes

She shakes her head. “Not long,” she says. “A few weeks. He’s staying at the Boar’s Snout. The Inn. In fact… I don’t think he’d been more than a few days before the first of us disappeared. The Geschwind child, Karolin.”

“And the Watch? Have the Baron’s men been able to find any leads?” Wilhelm asks, able to keep his distaste for the Baron in check to avoid bothering the woman further.

The woman shakes her head sadly. “Nothing!” she says. “Cowards. They won’t go beneath the trees–on the Baron’s orders, or so says the captain!”

Is it because of a legend? -2: yes
What kind? Passion/Opulence

“It’s the dryad! The menfolk fear her, say that to even look at her is to die of lust. The Baron’s forbidden any under his pay to cross the treeline. And for that they’ll let my Maria and the others die!”

The old mage clucks his tongue and tries to provide the woman some small comfort. “Dearest Hermine,” he says, “of course we will do whatever we can to help you and the others. Your story is…concerning. I am not well enough to travel now, but I will send young Adeptus Alflock here along with you. Can you be ready to travel shortly, Wilhelm?”

Wilhelm nods. His few personal belongings are gathered quickly, and he and Hermine set out before another hour has passed.

The village of Eldham is not far from Burkhardt’s tower–only far enough that the old wizard is not likely to receive unexpected visitors any more often than necessary. The two set out early and hope to arrive in the village before the afternoon heat peaks.

They have not traveled more than a mile or two before they catch sight of a man coming up the road toward them, followed by a cart and horse. 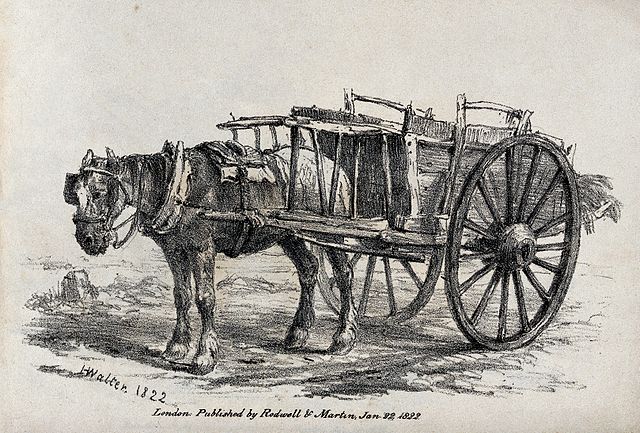 Does the man know the party? +3: no + event
Event: move toward a thread (obtain rare sorceries) – procrastinate/dreams

Although they are obviously in a hurry, the man waves them down and harangues them until they submit to take a quick look at his wares.

“Good morning and well met,” he says, introducing himself with an overly-grand wave of his cap. “I am Niels Schimpff, and it’s a wonder to meet travelers along this road–I’d thought to be traveling alone the whole of the way betwixt Eldham and the wizard’s tower.”

“Why are you going to the wizard’s tower?” Wilhelm asks.

What does he say? scheming – negotiate – enemy

“Why, to help him, of course! Darkness from beyond the seventh sphere lurks in every corner of the world, and the orcs move in their mountains, and the magicians are our best hope–save the blessed Twelve, of course–to stand against them! I come with wares mystical and mysterious to offer up in defense of our land! (In exchange for some small consideration, of course.)” This last is whispered under his breath.

Wilhelm’s sense of curiosity won’t allow him to pass by such an obviously eclectic selection of wares without at least a glance, but he knows that he can browse only for a short time–already Hermine is getting impatient. “Let us be away, Adeptus,” she urges. “Moments lost may be lifetimes! Not only my Maria’s, but the others’, too!”

Wilhelm tears himself away from the cart and its wares. “You’re right, Mrs. Krueger. Let’s be off.” To the merchant: “Mr. Schimpff, the road to the magister’s tower is not long, but you’ll find no custom there. None of the tomes here contains true magic, and many of the treatises are already in the library. Now, if you had an actual grimoire…”

“Ah, but I do!” the merchant exclaims. “One my father found, decades ago when he traveled these roads.”

“Oh, no sir. I daren’t carry it with me.” He leans in close and whispers, “Bandits, you know,” before leaning back and tossing a tarp across the wares to hide them from the sun. “But, if it is books of true magic that you’re looking for–and that you are able to afford–then come to my humble curiosity shop in Griffonsford. That’s Schimpff’s Rare Goods and Curios.” And with that, he urges his horse forward and continues down the road toward the magister’s tower, unperturbed by Wilhelm’s warning about wasting his time.

Wilhelm and Hermine hurry on toward Eldham, but the name of the shop and the promise of a true book of magic rattles around in Wilhelm’s mind, an idea that he knows he’ll have to follow up on.

Setup: Arriving in Eldham
Chaos: 13 vs 3, no chaos

Is there a commotion about the kidnappings? +0: yes
Who approaches the party? d30: woman – looking for work – performer (!)

The pair arrive in the village just past noon. Its large square is bustling, and the people notice as Hermine comes walking down the lane. A woman approaches the pair, dressed in the bright clothing of a traveling bard.

Is she involved with the piper? +4: yes

“That’s her!” Hermine cries, “The piper’s wife!” She sprints down the road at the woman, trying to strike her.

Do the townsfolk step in? +5: yes
Why? Trick/Benefits

“Hermine, don’t!” one of the bystanders calls, trying to catch her before she can hit the woman. “We’ve been at them all morning, since you saw the piper taking Maria. They only met him a few days before we did.”

“It’s true,” the woman says. “We met Petrus on the road, not more than [d4+1] five days before we reached Eldham. We hardly know him. We just acted like we did since shows with family acts get on a little better.” She looks sheepish as she admits, “The others aren’t my brothers, either. But we’ve been together a lot longer than we have with Petrus.”

“You’ve…you’ve asked all the troupe?” she asks the nearby villager. “Do they know where he might have gone?” Although the fight has gone out of her, it’s clear she can’t bring herself to look at the woman directly.

Do the villagers have them detained? +3: yes

The man nods. “We’ve got them all at the Snout. Siegfried won’t let them leave.”

Wilhelm decides that it is time to step in. “Take me to them,” he says. “Magister Burkhardt has sent me to investigate this child’s disappearance.”

The man wipes his brow. “I’m very glad to hear that, adeptus. The magister’s long been a friend to this town, and if we’ve ever needed the tower’s help, it’s now. Come along with me, I’ll get you in and introduce you to Siegfried. He’s the Baron’s man in town this fortnight.”

Wilhelm agrees and the villager leads him through the square toward the inn.

We’re off to a good start! Have a good-sized village, a mystery, and a pressing sense of danger. Hopefully it doesn’t cause Wilhelm to head off half-cocked and get himself killed way too early. I still am not sure how delicate TDE heroes are, since this is my first game.

Don’t forget that all adventure posts can be found on the Campaign Logs page, and that there is a Companion Page that features an up-to-date character sheet and info about the game so far.

Chaos stays unchanged at 3. Nothing noteworthy happened either way, and Wilhelm’s adventure is just beginning.

We did get several new Mythic tags and I’ve updated both the NPC and the Thread lists as follows:

Rules: I am using The Dark Eye Core Rules and the Aventuria Almanac for the game system in this campaign.

Oracles and Tables: I am predominantly using Mythic, Variations I, and Variations II for this game. I am also using the Universal NPC Emulator (pay what you want–worth getting!) and d30 Sandbox Companion for random tables.